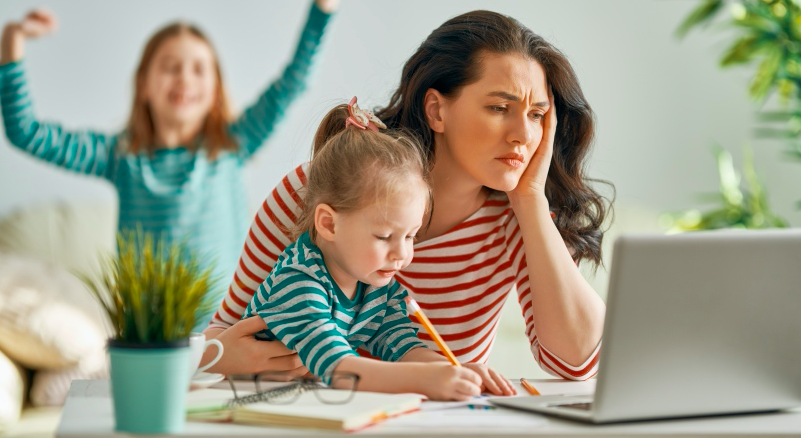 COVID-19 has disrupted the lives of all of us. However, women have taken one of the hardest hits. Upon the virus’ outbreak, thousands of Australian women’s jobs were affected negatively and their unpaid work increased tremendously, jeopardising working women’s capacity for financial power and reversing fragile gains that had been made in gender equality in the workforce.

The pandemic has caused mass job losses nationwide. However, the drop in employment rates are particularly concentrated in sectors which are predominantly occupied by women, such as retail, hospitality and tourism.

Further, the surge in unpaid work is harming working women’s capacity for financial independence. With students out of school, family members working from home and older persons needing greater care, there has been a surge in demands for unpaid domestic work and unfortunately, the burden of this workload commonly falls on the women of the household. Not only does this lead to great mental strain, but it also causes women to be at a higher risk of receiving cut-offs and lay-offs than their male co-workers.

Average number of hours worked in a week in the U.K. (source: Bloomberg)

The JobKeeper payment scheme involves the Federal Government subsidising the wages of more than 6 million eligible Australians who are affected by business closures due to COVID-19, so that workers will be incentivised to keep their jobs. Many women classify as eligible part-time or full-time workers. However a considerable proportion of ineligible workers consist of women. The alternative payment scheme, the JobSeeker package, will be available to these workers. Yet this is unlikely to be enough, as the rate paid under the JobSeeker package ($550 per week) is below the rate of many of these workers’ ordinary earnings.

Financial power is made more difficult for women under the current circumstances, which is exacerbating existing gender inequalities. With COVID-19, women are encountering particularly tough challenges due to closures of female dominated sectors, increased demands for unpaid domestic work and for some, being barred from the benefits of the Federal Government’s initiatives.

Networking 101 and Coffee with Corporates Recap

Thank you for coming to our Mock Assessment Centre!

Changing Corporate Social Responsibility in the midst of COVID-19